The best ski resorts as seen from the UK

British skiers have a wide choice of ski resorts around the world. A good reputation can help a ski resort grow or defend its market shares. LHM's proprietary survey establishes the ranking of the best ski resorts in the world as seen from the UK.

Survey : the best ski resorts from the British perspective

Using a survey (1) conducted in October 2017 among a representative sample of British winter sports participants, our objective was to create a ranking of the best ski resorts, with ‘reputation’ as metric. (An explanation of the method used and our definition of “reputation” are provided below.) The resulting ranking of ski resorts is shown below.

The 3 ski resorts worldwide with the best reputations in the view of the British public are:

(32, with some resorts scoring equally)

Calculating the relationship between “reputation share” and actual market share revealed a very strong aspiration for the North American ski resorts, with their proportion of mentions being 3 to 4 times greater than their actual market share.

Why create this ranking of best ski resorts?

By combining image, awareness, credibility and trust, reputation is a powerful indicator for measuring a brand’s growth potential. To some degree, reputation is a reflection or an effect of recommendation scores such as NPS.

Reputation, a vector of trust and credibility.

Like the concept of brand image, reputation is built from all of the conceptions one has of something: a company, a brand or a person. But although at first glance there appears to be very little separating these two concepts, there is one important difference between them: whereas image concerns the beliefs that an individual has about something, reputation is the belief that the individual holds about the beliefs of others with respect to that thing (also known as meta-belief). In other words: what a person believes that other people think, without necessarily having consumed its products themself.

Reputation is therefore an indication of the extent to which the brand image is actually being communicated to the general public, based mainly on the credibility, trust and esteem that the brand evokes. To simplify, reputation can be regarded as an effect produced by the sum of recommendations and other signals given out about a brand by all of the individuals and organizations that have been in contact with that brand, either directly or indirectly.

Finally, let us not mix up reputation and quality. Interactions between these different concepts are strong but complex, and a weaker reputation in this context doesn’t necessarily mean low quality.

This Internet survey was conducted among a sample representative of the British winter sports market using a real-time selection process from a panel of consumers representative of the British population (taken from an access consumer panel; no customer or direct-marketing database and no social media source or newsletter subscriber database was used). The process used by LHM Conseil follows best practice in obtaining a neutral, non-biased snapshot of the market.

In addition, the structure of the results obtained was validated by cross analysis with economic data from a number of sources (visitor numbers, airport arrivals, and a variety of polls and surveys carried out by LHM Conseil and third parties in different destination countries). At the same time, the quality of this sample offers new insights into the structure and size of the British skiing market, consumer methods and attitudes to Brexit.

LHM Conseil is an independent market research company specializing in mountain tourism and leisure. We are currently based in Chambéry, France, but have international roots.

In October of 2016 we set out to obtain the most accurate picture possible of the British winter sports market, focusing in particular on its size, its structure and the behaviour of British skiers. To this end, we conducted two surveys, one in October 2016 and another in October 2017, which we supplemented with data from other sources. The results and ranking of ski resorts presented here are taken from this data.

For more information about the results, method used and survey conditions, contact :

What is the size of the British ski market? How many go skiing each winter?
Next post 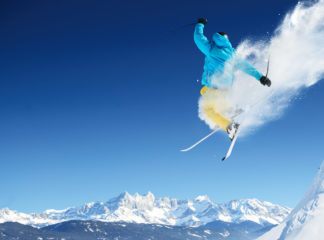 What is the size of the British ski market? How many go skiing each winter?
More ...
We use cookies on our website to give you the most relevant experience by remembering your preferences and repeat visits. By clicking “Accept”, you consent to the use of ALL the cookies. However you may visit Cookie Settings to provide a controlled consent.
Cookie settingsACCEPT
Manage consent